When using reusable content such as images, the actual HTML rendering of them can happen multiple places. But when is what used? And how can you customize it?

First, a little disclaimer: There are lots and lots of both blog posts and forum posts on various aspects of this topic. This is merely yet-another, but I wrote it to have a summarized overview of the different ways images get rendered in Episerver CMS. 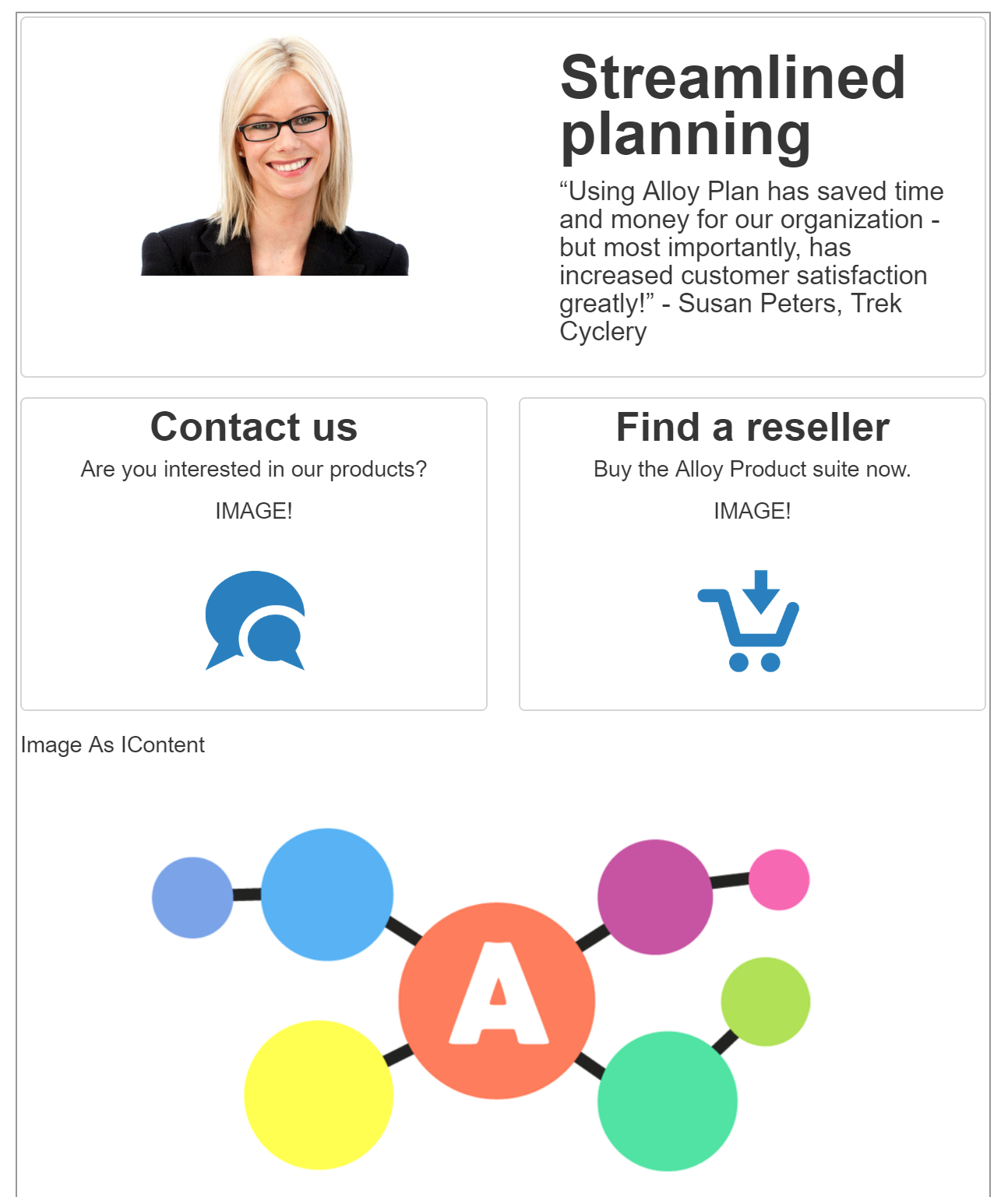 Consider the ContentArea above. Here, you see multiple approaches on how an actual image is rendered. The top block is a Teaser block, and it has a custom rendering or the image (#2).

The two narrow teasers below are also Image properties, but using rendered using Html.PropertyFor as in #1. They use the Image display template found in the Views/Shared/DisplayTemplates folder in Alloy.

The bottom image is simply dropped as a block on the content area directly and hence is displayed through a controller and a view as in #4. You'll notice that I've added a little text before the <IMG> tag for both the displaytemplates and the regular Controller/View to tell them apart. (I'll probably have to remember to remove that before release :-) ).

Some additional fun facts about images

You might be aware, that Images inheriting from ImageData always have a Thumbnail blob property as well as the main blob for the image. And that you can access it by appending /Thumbnail to the image url.
And from there it's not hard to figure out that you can add as many of these alternative Blobs as you want on the image and call them accordingly (but be aware that if you are looking for automatic image resizing, you should generally use something like ImageResizer with disk caching(!) or a good DAM that's integrated). But did you know that you can also call /Download on an image url and it will be downloaded instead of shown?