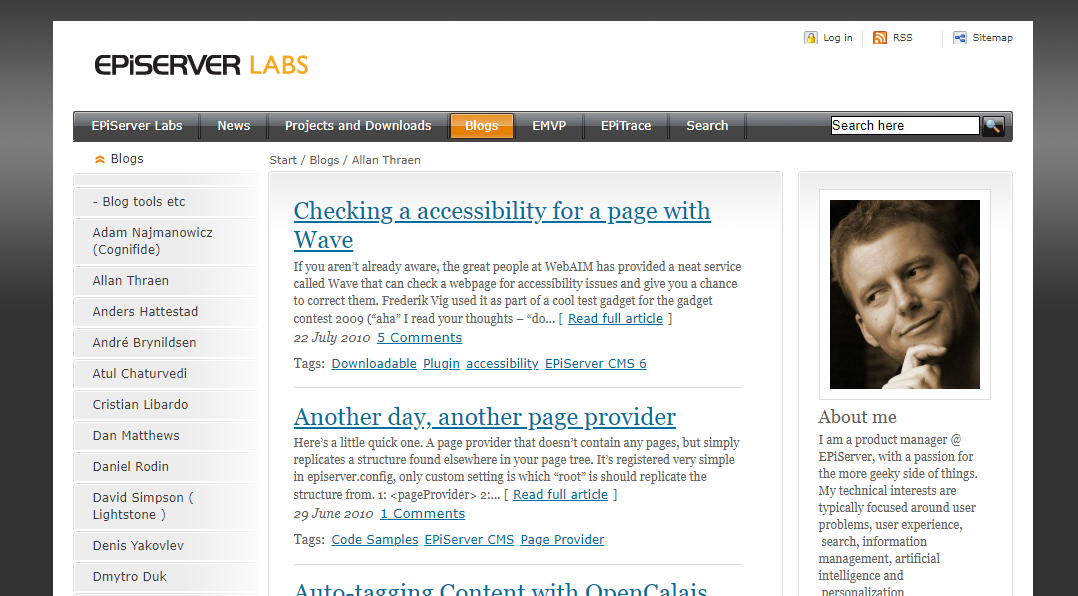 Right around that time, we launched the site labs.episerver.com - a site intended to showcase the current research and visions - as well as kickstart a blogging community around the Episerver product(s) (which at the time mainly was the CMS and a few add-ons).

It seemed natural to me to start blogging on the site - and so I did. From 2007-2010 I wrote a lot of blog posts on Episerver labs.

In 2018 it was decided to decommision Episerver Labs so the blog posts are no longer available online. However, I managed to salvage my own posts - but sadly, they are missing images, comments and tags.

Checking a accessibility for a page with Wave

Another day, another page provider