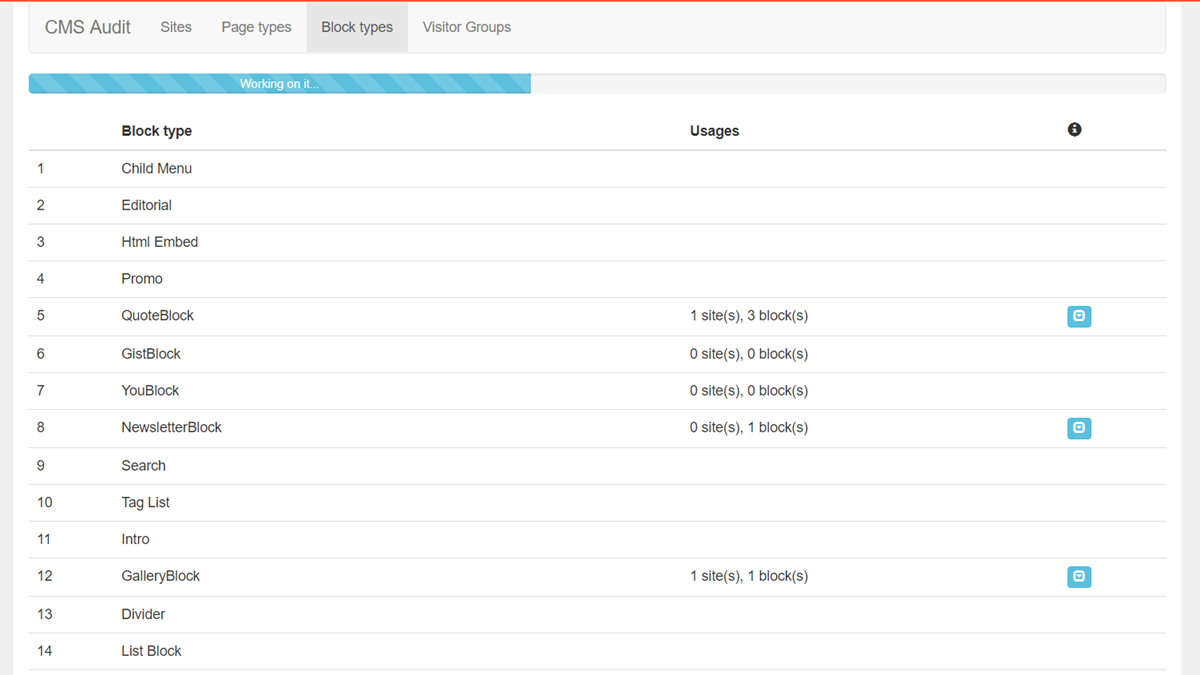 Earlier this year Nicola Ayan released a nice little plugin that I instantly liked, the CMS Audit tool. It's a great way to get an easy overview over what is being used where in your CMS. In a talk about my favorite addons I showed it at Episerver Ascend Copenhagen and straight away got a question from the audience: Can we use this tool to see where visitor groups are being used? Well, now you can.

Nicola was kind enough to accept my pull-request and merge a few suggested changes into the addon. My update involved a couple of bug fixes and some deployment changes to make the nuget package more resilient, but most importantly a section that focusses on Visitor Group usage.

Behind the scenes it consists of a scheduled job that traverses the site and identifies properties where visitor groups are being used, as well as places where they are being used for access-rights control and builds up a list of this in DDS, and then an extension to the Audit UI to showcase the usage.

The UI checks if the list is fairly up to date - and if not, recommends you run the scheduled job again to do that. It looks something like this (but keep in mind that on this site I don't have all that many visitor groups yet):

It's live in the nuget feed now, so get it while it's hot!