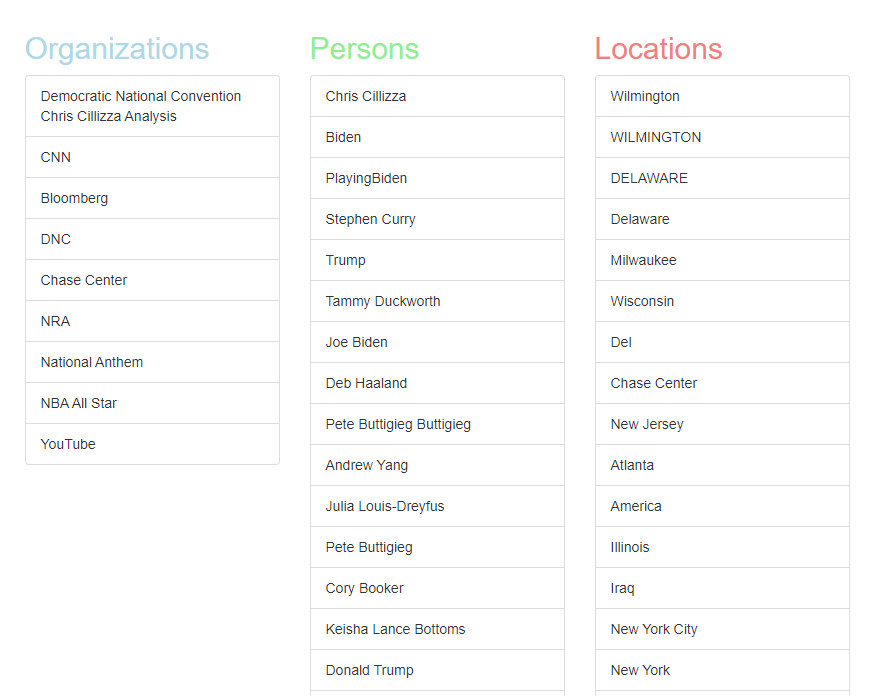 When working with a content heavy site, it can be very practical to use AI for identifying named entities in the text. Last summer I made a prototype service using Named Entity Recognition in danish, english and swedish to tag content - but not until now did I find time to describe it in a blog post.

Named Entity Recognition (NER) is a fairly well known field of research. The basic idea that given a text and a classifier engine for the relevant language, you can have a computer find named entities such as people, organisation, locations in the text.

These can for example be used as meta-keywords, or to find other relevant articles for the reader. You could even use them to do dynamic linking of a text to wikipedia topics for the relevant entities.

For the last 20 years I've been fascinated by what happens when computers meets linguistics, and how much structured knowledge you can automatically extract from a text. Frequent readers of my blog my have spotted this passion in several earlier posts, including:

I have been collecting a bunch of my intelligent services under the domain contentservices.io, and eventually I'll hopefully even find a way to describe them and provide access keys for those interested. But for now, I mostly use it for testing and my own projects.

For the case of Named Entity Recognition, I added it as a service a long time ago, using open source code and classifiers from the Stanford CoreNLP project and other open source contributions.

I've in the past made demos using this service both in Episerver (CodeMania 2019 I believe) and for contentful - but what I haven't shown publicly yet is this simple demo of the service.

The UI implementation is far from optimal, but you might get a kick out of trying it.

Either enter a url with the article that should be fetched and identified - or for even better quality copy and paste the textual content into the text field.

For trying it out I recommend using online news articles. And make sure to set the language correctly. 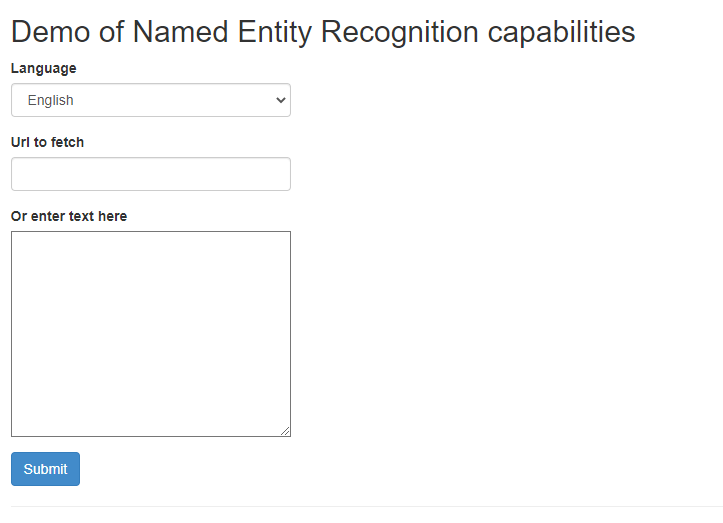 Keep in mind that this is just an early alpha - and probably filled with bugs, but I'd still like to hear what you think - so feel free to leave a comment.

In the near future I hope to release an Episerver sample (or package) where you can enrich your content with NER content - much like you can enrich images with the Cognitive Services add-on.